While the Senna is road legal, even a brief drive in the car makes its single-mindedness clear. While the phrase “race car for the road” is thrown around so often as to be meaningless, that ethos overpowers the occupants of the Senna while it is in motion. It is loud; you hear not just the engine and road noise, but the suspension and chassis going about their work as well. The focus on light weight is clear outside the car as well: the body panels and even the fuel flap feel pared down to the barest minimum. When the car is idling, the fenders vibrate visibly. While a 720S feels refined, civilized and as effortless to drive around town as a Toyota Camry, the Senna is raw, alive, and visceral, evoking the supercars that invented the genre in the 1960s and 70s.

This particular car is a one-owner car that was custom ordered with a stunning bespoke livery to evoke the legendary McLaren F1 GTR FINA liveried cars which raced in period. On this Senna, the livery consists of a pearl white base with red, blue, and light blue checkered flag flashes on the front, sides and rear of the car, as well as red mirror caps. Additionally, the wheel nuts on the right side of the car are finished in blue while the left ones are finished in red. Additional options include 6-point harnesses, satin finished carbon fiber sills, gorilla glass lower door panels, Bowers & Wilkins audio system, Paris blue brake calipers, aero blades, and interior door struts, graphite grey wheels, 24 carat gold heat shields (another acknowledgment of the F1), and embroidered headrests. The original MSRP was $1,131,644.

This car has been enthusiastically owned and used and is current on all service and recalls. It is complete with window sticker, books in Ghurka pouch, tools, warning triangle, window sticker, and battery charger. 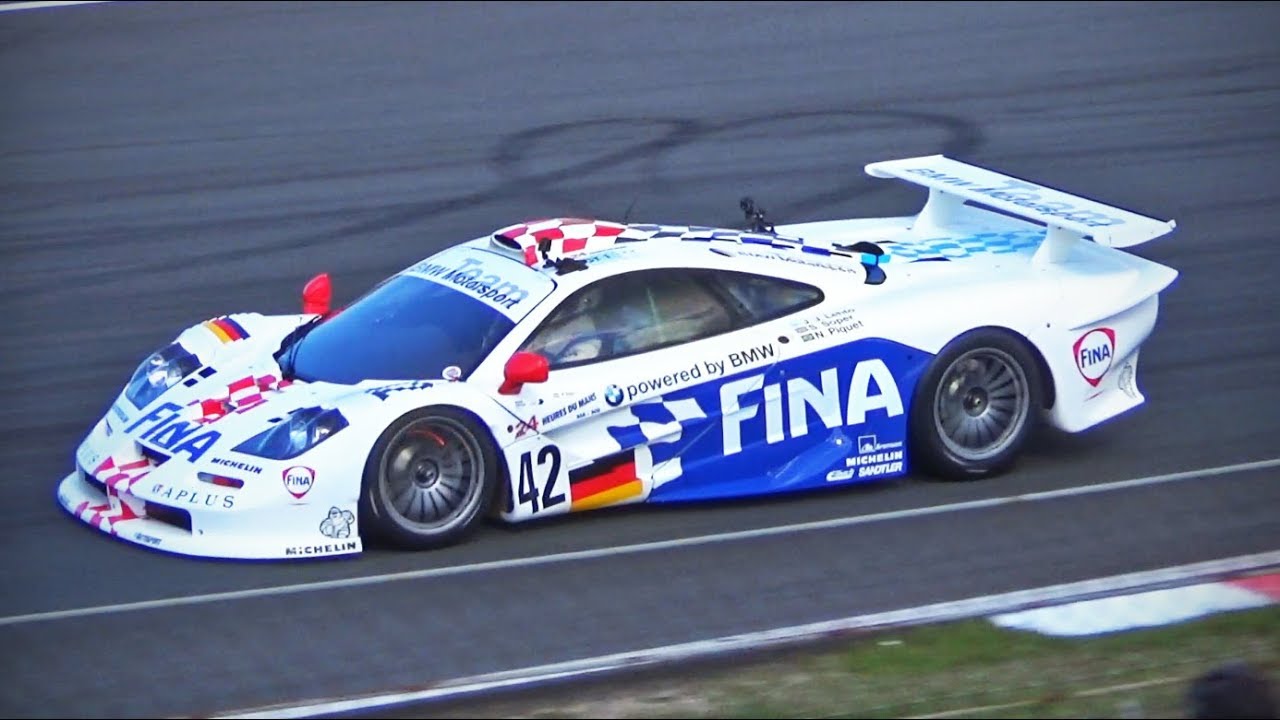